Mineral Identification from spectral data is performed based on the presence/strength of specific absorption features at designated spectral windows. Since a large portion of the spectral data only contains background information which is not used for diagnostic analysis, standard metrics are unable to accurately measure similarity. We are currently developing an unsupervised feature learning technique based on Generative Adversarial Networks (GANs) that can "measure" spectral similarity. Even simple similarity metrics such as SAD do a far better job of assessing spectral similarity in this feature space. We will leverage this feature space representation for mineral (spectrum) mapping in CRISM images.

Mineral Identification from spectral data is performed based on the presence/strength of specific absorption features at designated spectral windows. In this scenario a large portion of the data only contains background information which is not used for diagnostic analysis, due to this standard metrics are unable to accurately measure similarity between various spectra. One possible approach to overcome this limitation is to find a way to assign a numeric value to the presence/strength of the absorption features of interest, one such method is the spectral summary parameters [Viviano-Beck et al. (2014)]. This method attempts to capture the presence and strength of various spectral absorption features (such as band-depth, doublets etc..) using a single numeric value. Since many of these features of interest occur in similar spectral windows the summary parameters may also provide some “false positives”, i.e. high scores for spectra with a different feature than the one of interest. Additionally, since these spectral summary parameters are hand-crafted (designed by experts for a specific absorption feature) they are affected adversely by the presence of noise/distortion artifacts. 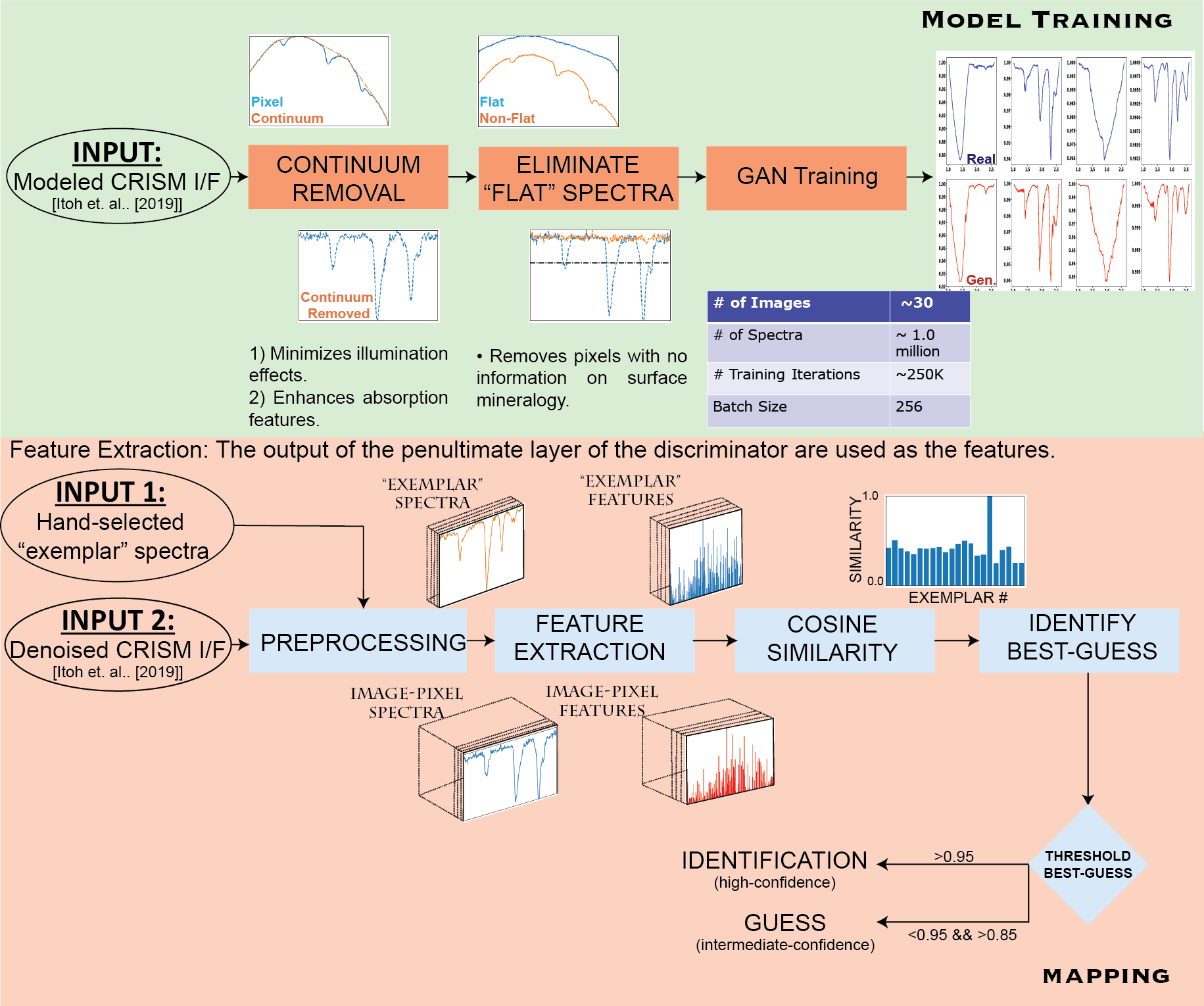 To generate the maps we pass "exemplar" spectra (a spectrum we wish to search the database for) through the model to learn its representation. We do the same with test spectra (i.e. spectra from images to be mapped). Then we consider spectra whose representations are very close to the exemplars (have a SAD of less than 0.05) as identifications (high confidence detections). The spectra have the same diagnostics absorption features as the "exemplar", whereas spectra which are somewhat farther away but still relatively close (SAD between 0:05 and 0.15) are referred to as guesses (inter-mediate confidence detections), the guesses generally have the same absorption as the exemplar but there some scope for confusion with other exemplars with absorption in similar regions. The complete mapping scheme is shown in figure above

The mapping results for CRISM image FRT000093BE is shown in Figure below. The color of the pixels in GAN-Based mineral map indicates that the pixel has absorption features similar to the exemplar mentioned in the legend next to it. The boldly colored pixels represent identifications while lighter coloration indicates a guess. Over a variety of images the model has proven successful in identifying spectra accurately. 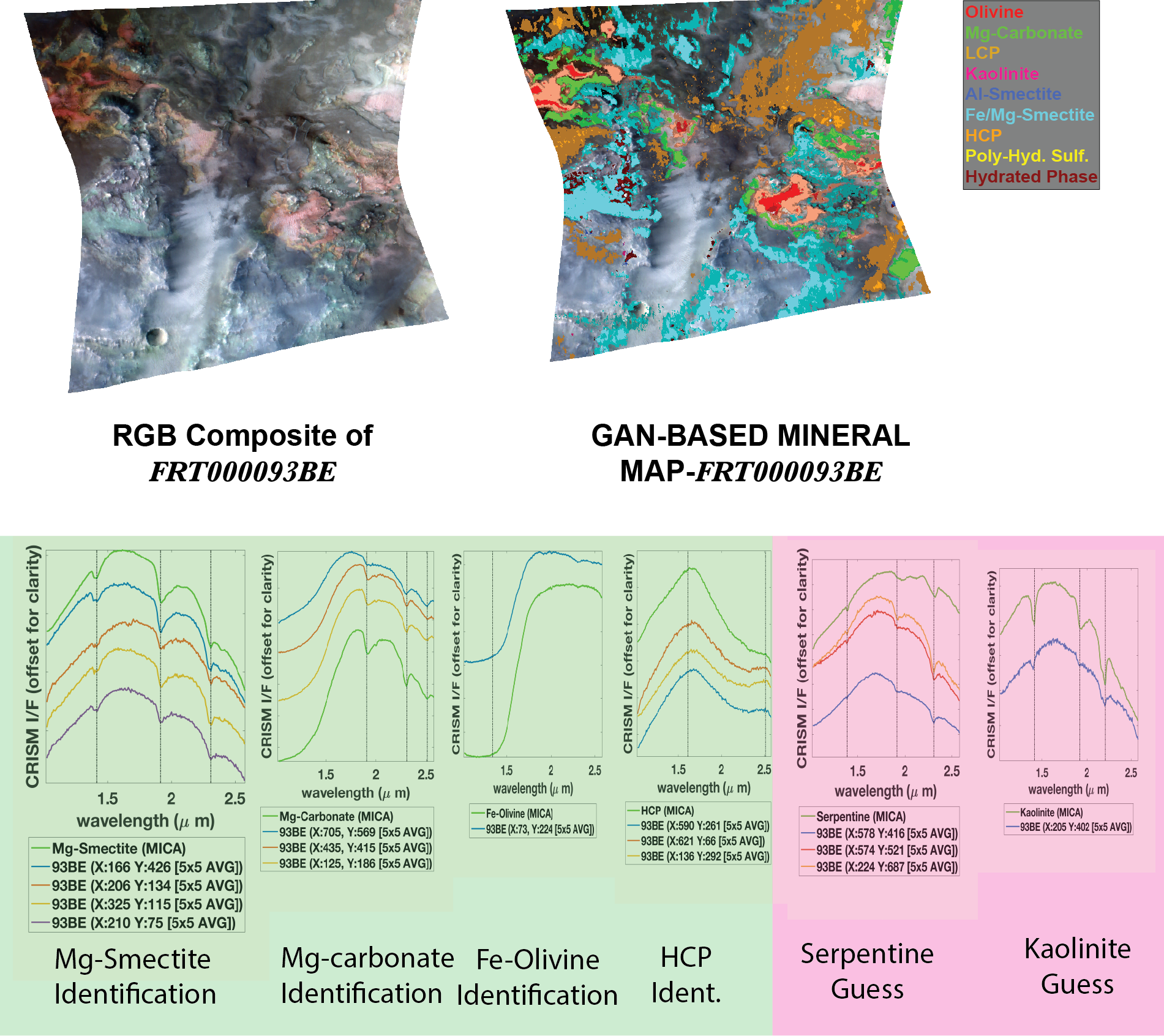 Advantages of the Proposed method

Limitations of the Proposed method

For more complete analysis and discussion please refer to our preprint.